“I’m looking forward to giving the people of Ōhāriu another choice and the chance for them to influence the shape of the next Parliament and government,” Mrs Martin said.

“There aren’t many electorates where voters have genuine options, so I’m looking forward to the contest and the chance to promote New Zealand First’s policies and vision for the country – and of course, me and my record.

“I’m hoping what I’ve been able to do over the past three years around improving services for children and seniors, especially those with more need for support, will strike a chord with this electorate.

“I’m not about ideologies. I believe government is about providing practical help and having policies that work for people. That’s the approach I’ve taken as a Minister and that’s the approach I take as an MP. I’d really like to represent the people of Ōhāriu.”

Mrs Martin is currently a list MP for New Zealand First and is the Children’s, Seniors and Internal Affairs Minister and Associate Minister of Education.

She has been living in Ngaio in the electorate since the beginning of the year.

“Obviously one of the drawbacks of the lockdown was that it has slowed our selection process down and there hasn’t been the chance to get out and around the electorate as I would have liked, but it’s great to have this formality out of the way and the chance to declare my hand,” Mrs Martin said. 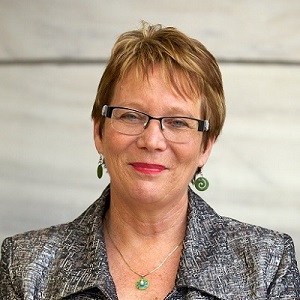